The Power of PowerPoint 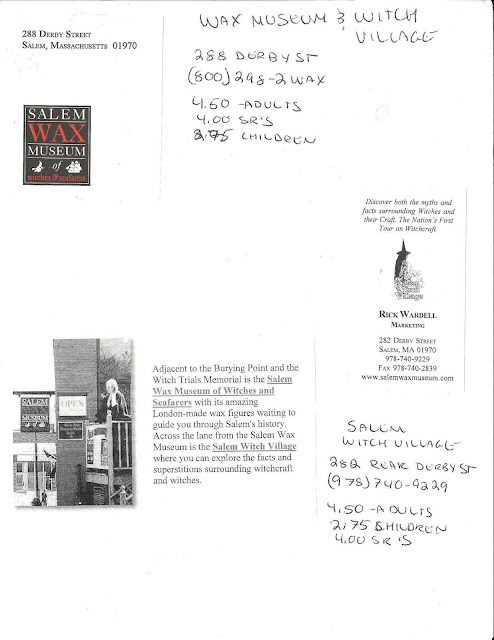 I'm not sure how old I was, but I think it was likely some time around 1998 that my friend Emily and I convinced our parents to take us to Salem, MA. We achieved this through the power of a new magic: the Internet.

I really had a thing for witches back in the day, probably because of The Craft and probably because witches are AWESOME.* Emily and I must have known about Salem from school, and we used the computer to perform some research on the town, in order to convince our parents that a trip there would be both educational and fun. (Two key things you need for any family vacation, of course.) We took said information, and used Microsoft PowerPoint to put together a presentation for them explaining why they simply had to take us.

Shockingly, it worked! Although neither set of parents went for the "we can all go together!" plan we originally had, our parents took us on separate trips in October that year, and we had a wonderful time. It was my sister's birthday weekend, too (so, it must have been Columbus Day weekend), and we stopped in Boston on our way back. Overall, perhaps one of my most successful uses of PowerPoint to date.

Happy Halloween, folks! Hope you have a spooky, but not too scary, day!

*NB: The following year, I recall using a search engine for the first time, after taking my friends Jackie and Casey to see The Blair Witch project. So convinced were we that it was real that my father said, "It's not real. I can prove it. Let's Ask Jeeves." And we found a site explaining that it wasn't real, despite the whole Sci-Fi Channel mockumentary looking pretty darn real. If I were to write an academic article about my middle school years, it might be titled "Witches and the Internet: Where's the Real Magic?"