Ephemera from the Museum of Myself - Poem Kid

I'm making a concerted effort to get my past writings and study-material in order (and out of my filing cabinet) by scanning in everything I worked on in college in an easy-to-understand format. I may have a few things to share here as the process rolls on (turns out scanning this stuff, even with a top-loading scanner at work, is tough business!), and hopefully it will be useful to other writers and readers.

But until I find some of those things, I thought I'd share one of my favorite workshop drawings, the poem kid. He was drawn by Bridget Talone, a super-talented poet (almost ten years later, I'm still thinking about one of the poems she brought to class) and first-rate person. This appeared on a poem I workshopped during Matthea Harvey's class in April 2005, and though I'd forgotten about him over the past nine years, I'm enamored of him all over again. 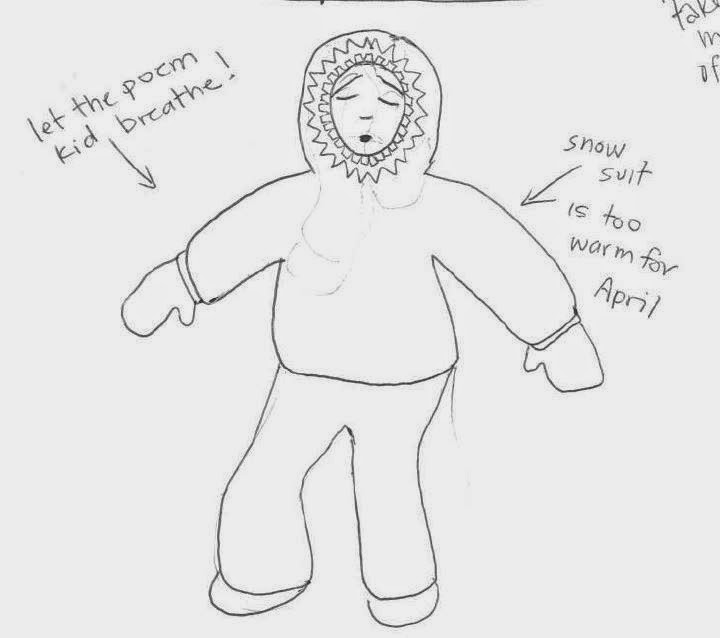 An unrelated true story: Bridget and I both unknowingly wrote about the same Headless Dutch Boy Figurine for Underwater New York. I think he looks a little like the above poem kid, don't you?

Do you have any workshop drawings that particularly captivated your heart? I won't lie, every one that I've received made mine skip a beat with joy.
Posted by Kristin at 8:00 AM